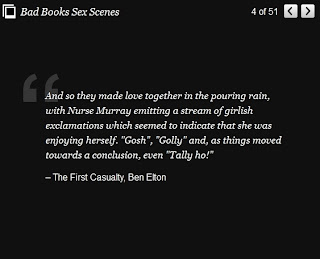 Posted by Theda Black/Klaudia Bara at 6:53 PM No comments:

free today at Amazon: What I Need

free ebook today at Amazon: WHAT I NEED - can a troubled young man and a male prostitute from the back-alley find their way together?

new release: What I Need

WHAT I NEED
available at Amazon

Jacob’s a damaged young man, trying to climb out of the pit and find what he needs to be happy. He meets a beautiful boy, Elijah, and falls hard for him. The problem is, Elijah’s a hooker.
Does Jacob have a prayer in a relationship with someone even more lost than he is?

I reached the alley and stopped at the end of it, uncertain. I knew it was stupid but I wanted to see him. I wanted to see him again from the first moment I saw him. I wanted to know his name.
There were puddles at the edge of the alleyway where it intersected with the road. Men were paired up further in. I heard a muffled groan, saw moving shadows. The blond boy came out from the darkness as if I'd conjured him, walking toward me. His hair was mussed. He wore a tight, plain black shirt, partly unbuttoned, and a leather cord necklace. His arms were pebbled from the air, the button to his jeans undone. I caught a glimpse of golden skin.
The corner of his mouth lifted up. “Are you looking for someone?”
“What’s your name?” I asked past the knot in my chest and the derisive voice in my head telling me to go home.
He cocked his head a little, like I was some kind of strange specimen he’d found under a rock. “Elijah,” he said.
I nodded, feeling awkward.
He looked at me interestedly. “So where have you been? I haven’t seen you lately.”
I hadn’t realized he might notice. I floundered. “I’ve been taking another route.”
He smiled at me as if he understood my unease. I didn’t know why it was so hard to keep looking him in the eyes when that's all I wanted to do.
He stepped closer. “Why would you do that? I like seeing you.”
My common sense threw in the towel at the question. “I think, uh … trying not to think.”
He nodded as if I’d made perfect sense. “About what?”
I didn’t answer, and then I did. “About you.” I couldn’t believe I was such an idiot as to actually admit it out loud. I could blame it on the drinks … maybe. Not really. Jesus. Now he’d know what a weirdo I was, spying on the alley boys.
Elijah laughed, an incredulous, hard edge to it. He took another step toward me, shadows under his cheekbones, eyes wide and dark. He leaned in slow enough to give me time to move away, and then his mouth brushed over mine, light as falling snow. I didn’t move, I couldn’t, and he pushed closer in and kissed me for real, lips pressing, sliding over mine, warm and wet.
After a minute I felt his breath on my ear. “What’s your name?”
“It’s Jacob,” I said, trying not to pant.
“I like that you think about me,” he whispered. “I watch out for when you walk by.”
I turned into him, searching for his lips, and we kissed again. His tongue pushed inside my mouth, and I moaned, opening up and letting him in. I felt exposed standing in the street but I ignored it, grabbing the back of his head and pulling him close as if I could block the rest of the world that way. Finally we broke apart, breathing hard. Elijah’s mouth was flushed and full, his eyes gleaming and half-open.
I didn’t know what to do or say next. “Didn’t know you’d like—” I gestured, feeling stupid again. “—this. Kissing.”
He grinned at me as if I’d said something really funny. “What makes you think that?”
I shrugged, feeling my face flush. “Something stupid I heard.”
“About hookers, you mean.”
My face felt like it was on fire.
He reached for me and quickly kissed me again. “Not that stupid. I don’t kiss most people, but you’re different.” He turned away from me into the alleyway. His ass was small and tight, gorgeous like the rest of him. His hair was gold in the light. He looked back. “Are you coming?”
I wanted to, more than anything, but I didn’t move. Was I going to pay for sex, was I really at that point?
“No.” I didn’t know I was going to say it until I did, and immediately I wanted to take it back.
He turned around again and looked at me, his eyes already shuttering. “You're sure?”
“Yeah,” I said. “I'm sorry.”
For a moment he looked tired and even younger, his face too solemn. “Okay then. Maybe I'll see you sometime.”
It felt so wrong, watching him leave. I almost started after him. But I didn't think I could afford the piece of me it would cost to get him to stay.