My best friend sent me this for my birthday. I love her. She scares me.

follow-up to the hike: took me a week to recover. It was worth it.
Posted by Theda Black/Klaudia Bara at 9:31 AM No comments:

Today I hiked. I love the mountains so much, but I've not walked the trails for a few years mostly due to the health issues. However, I had promised my oldest and her best friend that we'd go hiking in the mountains before the summer is over.

At one point I didn't think I'd be able to keep my promise, but I was prescribed some meds that helped me be get moving after waking up, so I grabbed my two girls and Johnny and we headed up into the Smokies. Only a 30% chance of rain for later in the day according to the forecast - good odds, I thought. Which, like many of our local weather forecasts, turned out WRONG. A steady rain all day.

We still went. Johnny wanted to try a more difficult hike (well, difficult for us - we've none of us ever been regular hikers) because he'd had surgery recently and wants to regain his strength. (He's sixteen.) I agreed to go for the Chimney Tops, which I hadn't hiked in about twenty years! (It's not a long hike, but as this article will tell you, it's quite steep).

I frankly figured I couldn't make it, but if that were the case, I'd just sit and wait for the kids while they finished. I wanted to try. I hate owning up to being unable to do things I used to be able to do. I already do that so much, and it kills the spirit.

It was the hardest thing I've ever done, physically. My body just didn't think it could do it, and I tended to agree with it. I'm a stubborn cuss, however, and for the last half mile up the trail I sent the kids on ahead and took the climb as I could (talked to myself a lot). As I climbed higher, the wind began to blow, cold and crisp. It was rejuvenating, and really, by the time I made it to the foot of the rock climb, I was exhilarated. What a gorgeous view: clouds rolling over the mountains, wind hissing and rocking the tree tops. 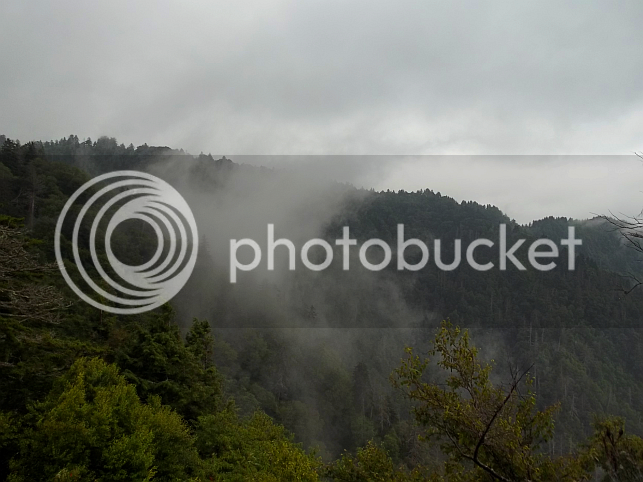 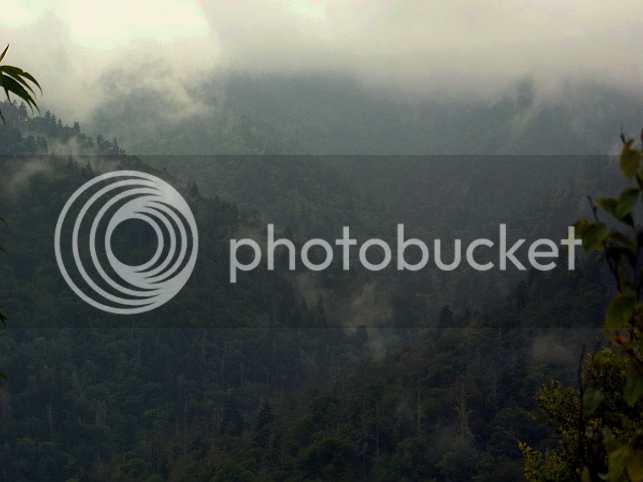 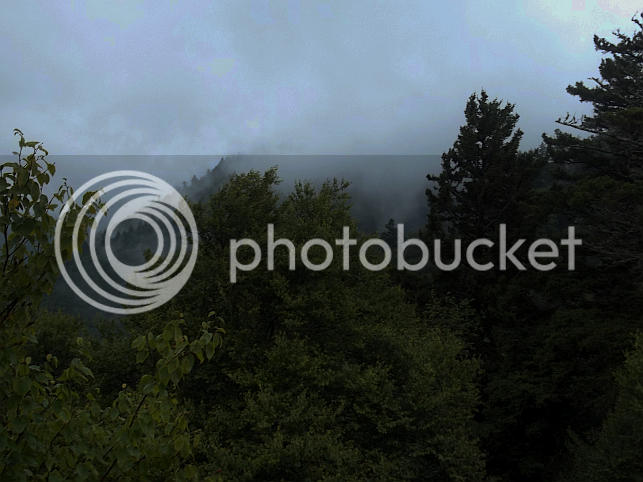 Though I didn't quite make it to the top of the final 50 foot (wet, slippery) rock climb as I did twenty years ago, I got most of the way there. Only my thirteen-year old got higher than I did. My sixteen-year old got a bit freaked by the height, and Johnny didn't climb without her.

(This photo isn't mine - the others are)

my view, if a little blurry - see my daughter's red hair? :) 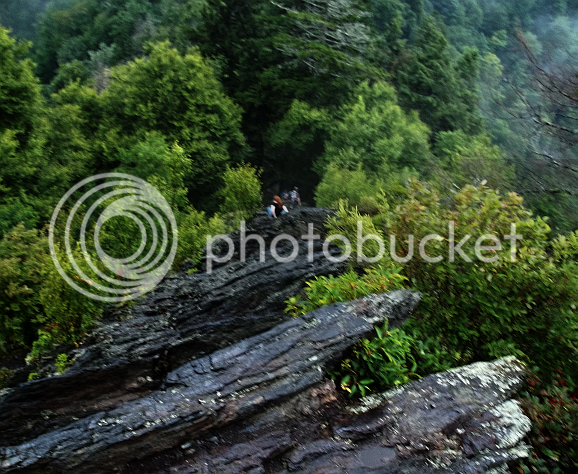 I can't say I didn't overdo it. I did. The walk down was kind of horrible, and my stride became very awkward and shambling (my left side drags). The legs almost gave out on me. I did a sort of crab-leg thing part of the way. But whatever works.

I'm my father's daughter - too much spleen to be good for anyone - irritable, stubborn, but determined. The last mile was pretty much stubbornness, pride, and mumbling to myself through gritted teeth about a bottle of wine at home if only I could get the fuck off the damn rock.

Not pretty, but what the hell, I did it, and I wanted to do something I know I used to be able to do.  It makes me sad to think I'll probably never do it again.

One of many reasons I love my husband: he'd just gotten off work when we came back. He immediately noticed my gait. I told him where we'd been and said, I'll probably never be able to do it again.

He said, "You might." He believes it, and makes me consider the possibility. Cone flower by the side of the trail

Posted by Theda Black/Klaudia Bara at 11:36 PM No comments: